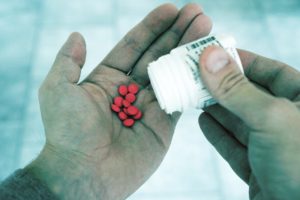 A 65-year-old woman recently died at an Arkansas nursing home after a nurse, who had a history of making patient care-related mistakes, gave her another resident’s high dosage of narcotics.

The Arkansas Democrat-Gazette reports that a watchdog group discovered that the woman’s fatal overdose was one of 261 “significant” medication errors in Arkansas nursing homes since 2013.

The U.S. Centers for Medicare and Medicaid Services defines significant medication errors as errors that discomfort or jeopardize the health of patients. It uses three factors to make that determination: the resident’s condition, the frequency of the error, and the type of drug administered.

The Arkansas nursing home abuse lawyers at Rainwater, Holt & Sexton know that nursing home residents are vulnerable—especially when they’re living in nursing homes that are underbudgeted and understaffed.

If your loved one was injured or developed health complications in a nursing home because of negligence, you may be eligible to pursue a claim for compensation on their behalf, and we want to help. Don’t wait to get the legal representation you and your family deserve. Get in touch with us today for a free consultation.