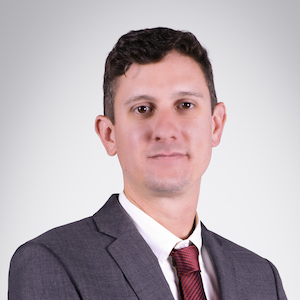 Born and raised in Jonesboro, Joseph Hoke has lived all over the state. After graduating from Jonesboro High with honors in 2007, he then became the sixth member of his family to graduate from Hendrix College in Conway.

Throughout college, Hoke worked as an intern for the Juvenile Drug Court program in Faulkner County, Arkansas, where he fostered a need to help members of his community. This need drove him to enroll at William H. Bowen School of Law in Little Rock, Arkansas. While attending law school, Hoke externed at the Arkansas Federal Public Defender’s Office and the Supreme Court of Arkansas.

Law school impassioned Hoke with a desire to provide legal help to those who could not otherwise afford it. He immediately went to work after law school serving as Parent Counsel in Pope and Johnson counties. He then joined Sprott, Golden & Bardwell in Harrison, where his focus on domestic relations and criminal defense helped him gain invaluable courtroom experience.

Knowing that Rainwater, Holt & Sexton succeeds in helping people through difficult times, Hoke was eager to join the team. What he most enjoys about his position is the firm’s client-centered approach. Hoke prides himself on being an attorney that communicates well with his clients.

When Hoke is not working, he is spending time with his wife, Amelia, his three children, Noah, Braylee, and Wally Joe, and his two dogs, Daisy and Charlie.