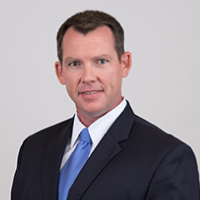 Attorney Randal Hobbs has joined Rainwater, Holt & Sexton as an associate attorney in the litigation department. He will focus on personal injury work.

Hobbs is a 2016 graduate from the Bowen School of Law in Little Rock. Before attending law school he graduated from the University of Arkansas at Monticello in 2005 and served in the Army where he deployed overseas multiple times. Now in the Army National Guard, Hobbs serves as a Blackhawk helicopter pilot.