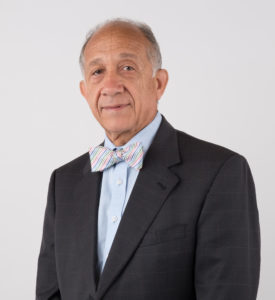 We would like to welcome Milton DeJesus who has joined our firm as an Of Counsel attorney.

DeJesus was born in Puerto Rico and migrated to Minnesota at age 7 with his parents. He grew up in Minneapolis and served in the U.S. Navy during the Vietnam War era. His undergraduate studies were done at Macalester College in St. Paul, MN and law school at the University of Minnesota School of Law and Hastings College of the Law in San Francisco, CA.

After private practice with a small firm in St. Paul he accepted employment with a law firm in Little Rock and made Arkansas his home. DeJesus concentrated his practice in the defense of immigrants, in criminal, civil and administrative law, and in international law. He is admitted to the Court of International Trade in New York and the Federal Court of Appeals for the D.C. Circuit and the 6th and 8th Circuit Court of Appeals, the Arkansas and Minnesota Supreme Courts and Federal District Courts in several states as well as several immigration courts. He serves as a PALE Attorney for the Mexican Consulate in Little Rock.

He married Concepcion Rodriguez while in college and now have 4 children, all born in Minnesota and raised in Arkansas, and 6 grandchildren.