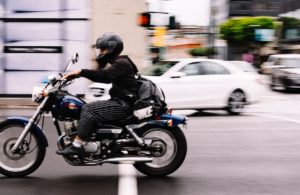 Safe riding and “wearing all the gear, all the time” are only half the battle when it comes to staying safe as a motorcyclist on Arkansas’ roadways. Even when following safe riding habits, riders are often still at the mercy of other drivers.

At Rainwater, Holt & Sexton, our Arkansas motorcycle accident lawyers work to protect riders who were hurt through no fault of their own. Through our years of experience, we’ve seen many causes of collisions between passenger vehicles and motorcycles, but two stand out as being among the most common:

If you or someone you love were hurt by a negligent driver while riding, we want to help. Call us any time for a free consultation.