The open road is a dangerous place. At any given moment, there are 218 million cars, large trucks, and motorcycles traveling on the road, according to IHS Automotive. These drivers are commuting to and from work, transporting goods, and taking vacations.

Unfortunately, all of these drivers on the road means a greater chance of getting into an accident. In 2015 alone, there were 6.4 million accidents in the United States, resulting in injury, property damage, or death. 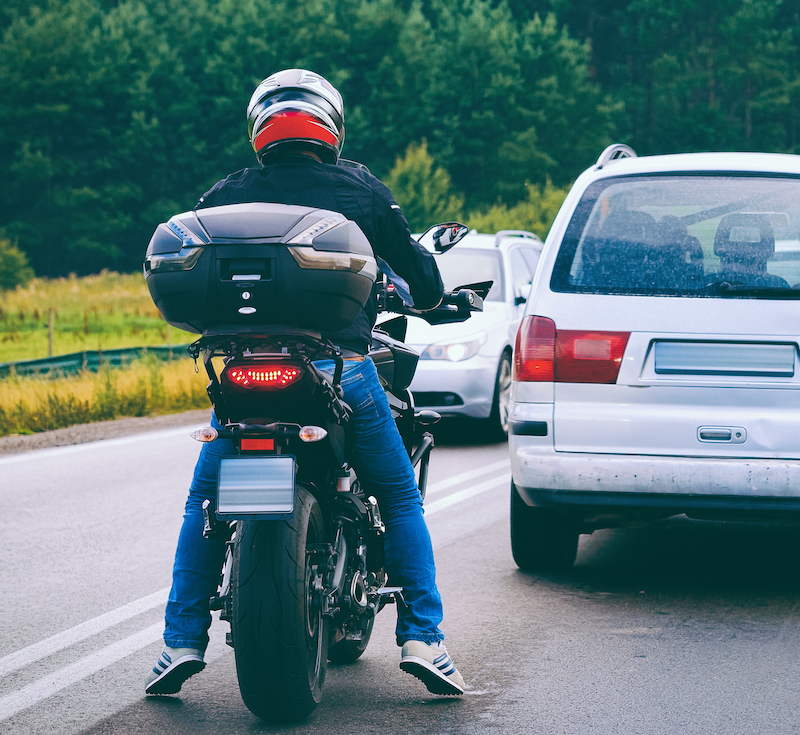 No one is immune to being injured in an accident. Even drivers of large semi-trucks can be seriously or fatally injured in crashes, even though they are driving some of the largest vehicles on the road.

Motorcyclists can also suffer serious injuries in an accident, due to the lack of protection. Unlike car and truck drivers, motorcyclists are not protected by reinforced steel cages, airbags, and seatbelts. As such, when an accident occurs, there is little protecting them from the hard pavement below.

According to the National Highway Traffic Safety Administration, 89,000 motorcyclists were injured, and 5,172 were killed in 2017 alone. Per vehicle miles traveled, motorcyclists are 27 times more likely to be killed in a traffic crash than passenger car occupants. They account for 14 percent of all traffic fatalities.

If you or someone you love is injured in a motorcycle accident, you need a trusted personal injury law firm on your side from the beginning.

Why Are Motorcycles More Dangerous Than Cars?

Today’s cars are equipped with various safety features that have been designed to reduce the number of fatalities on the road. Newer cars have anti-lock brakes, extensive airbag systems, seatbelts, electronic stability control, tire pressure monitors, and collision warning systems. They have backup cameras and side-view cameras, and many are equipped with pedestrian detection systems.

Motorcycles, on the other hand, do not have many of these safety features. There are no seatbelts or airbags to protect you during a crash. And there is no steel cage keeping you safe from harm. Instead, motorcyclists must rely on helmets and protective riding suits to keep them safe.

Yet, helmets can’t protect every motorcyclist from suffering injury. Serious fractures, burns, and internal organ damage can occur when motorcyclists are thrown off their bikes during a collision.

Reduce the Risk of Injury in a Motorcycle Accident

There are ways motorcyclists can reduce the risk of being seriously injured in a motorcycle accident. Some of these include, but are not limited to:

A car accident can occur at any time and to anyone. There are numerous causes of car accidents, including:

Unfortunately, motorcyclists cannot avoid every accident. However, there are some ways a motorcyclist can reduce the risk of getting into a serious accident. Some of those include, but are not limited to:

According to the NHTSA, 13 car drivers out of every 100,000 are involved in a fatal collision. In comparison, motorcyclists have a fatality rate of 72 out of 100,000. This is a significant increase in risk.

As you can see, motorcyclists suffer far more serious injuries than car drivers and occupants. A human body is not made to withstand the severe forces of a car accident. When a motorcyclist is involved in a car accident, they are often thrown from their bikes and into other objects, vehicles, and even into oncoming traffic. The results are often catastrophic and deadly.

Some of the most common motorcycle accident injuries include:

If you are involved in a motorcycle accident because of another person’s negligence, you may have cause to file a claim. Motorcyclists often suffer horrific and deadly injuries in a crash. As such, they need an experienced motorcycle accident law firm fighting for them after a crash.